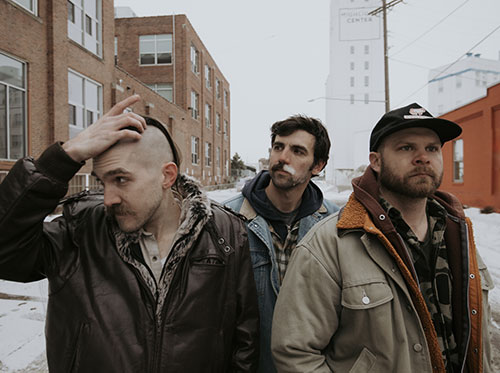 After a 5 year hiatus, The Last Revel has reunited to produce new music with a revitalized appreciation for camaraderie and creativity. Now living in three different cities across the US, these three independently talented singer-songwriters bring together the sounds of Nashville TN, Minneapolis MN, & Bozeman MT to create Front Porch Americana soundscapes that are equally original as they are timeless. Drawing influence from their salt of the earth Midwest ethos the band’s songs so naturally blend the genres of Folk, Old Time String-Band and Indie Rock to create a sound that echoes the current heartbeat of America.

The Last Revel utilizes their multi-instrumental abilities to bring the full spectrum of modern Americana to life with lush arrangements of three-part vocal harmonies, acoustic and electric guitars, upright bass, fiddle, and 5-string banjo to consistently support impassioned performances of their honest and heartfelt songwriting.

In February 2022, The Last Revel recorded at RiverRock Studios in Minneapolis, MN with longtime friend and producer/engineer Kevin Israel. There was an energy present in the studio that was overwhelming and genuinely emotional. They carved out five new songs that will be released as an EP by May 2022. The intensity of their joyous reunion shines through each song with new textures and thunderous rejoice. The time spent apart led to some incredible personal growth and speaks through their music more honestly than ever before. They describe this latest chapter as a testament to friendship, forgiveness, and celebration with a grateful nod to the struggles we all work through together.

The first single to be released is entitled, Welcome To Hell. It strives to strike a balance between themes of our seemingly deteriorating civilization and the levity that comes from the boredom we often experience at the DMV. These themes are highlighted as metaphors for the nihilism felt towards the end of failing relationships. The song was born from one simple phrase. There are only two kinds of relationships, those where you are happy and comfortable and those where you are too afraid to end it. It is a strange phenomenon most humans share when we would rather live in a familiar hell than leave in search of something better.

Welcome to Hell was recently released on March 11th 2022 on all streaming platforms.