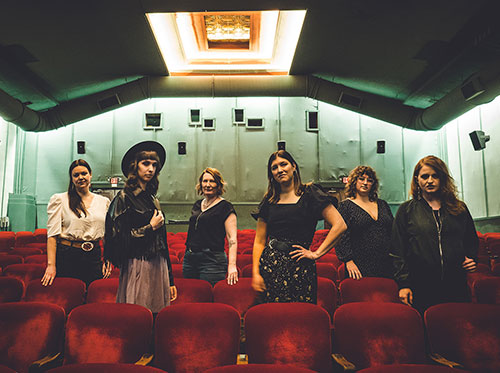 The Foxgloves are a six-piece all-female Americana band from the Twin Cities. Their high energy performances, heartfelt storytelling, four-part harmonies, and unique instrumentation have swept them onto big stages throughout the region, most notably at Blue Ox Music Festival as the winners of the 2021 Virtual Band Competition. Their debut self-titled EP was released in June of 2021 and their first full-length album, Mama Was a Bandit, was released in September 2022. This powerful band is making moves you’ll want to witness.