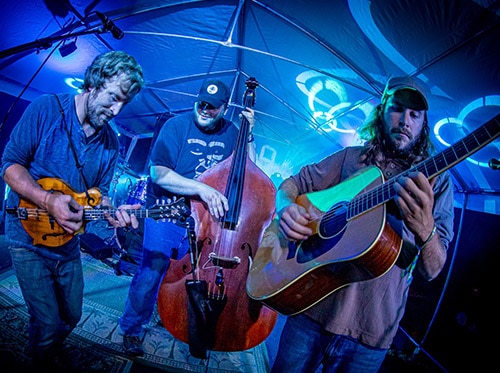 “Hailing from McHenry, IL, Miles Over Mountains plays a modernized style of bluegrass or “newgrass/jamgrass” that covers a wide spectrum of dynamics and feeling. Their live catalogue draws from their first two records “Five Star Heart Breaker” (2015), “Ballads & Burners” (2017), and their upcoming third full length album “Work Harder Not Smarter” (2020). In addition their cover selections are testaments to where bluegrass/roots influence can take music from outside the genre, with lovingly selected takes on their hero’s songs served up in their own furious fashion.

Miles Over Mountains has been performing, touring, and making records since early 2014 playing an average of 120 shows per year. The band looks with excitement and hungry ambition towards 2020 when they’ll be releasing and touring in support of their new record.”