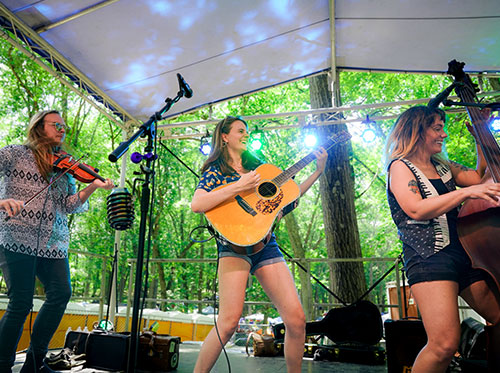 Mama Said String Band is an instant classic, since 2017 they’ve been bringing their own brand of the grassroots music you’re so used to hearing to stages everywhere. Based out of Louisville, KY, Mama Said String Band brings a refreshing reinvention to Bluegrass, Folk and Americana while focusing on vocal harmonies and contemporary instrumentation. Having won several notable regional awards including album of the year in the Lexington Music Awards for “Carry The Water”, Best Bluegrass Band in the Appalachian Arts and Entertainment Awards, Bluegrass Artist of the Year in the Lexington Music Awards and with three nominations under their belt, they have made a notable imprint in the Kentucky Music Scene. They bring big, relatable emotions and honest songwriting to every show, leaving fans always wanting more.