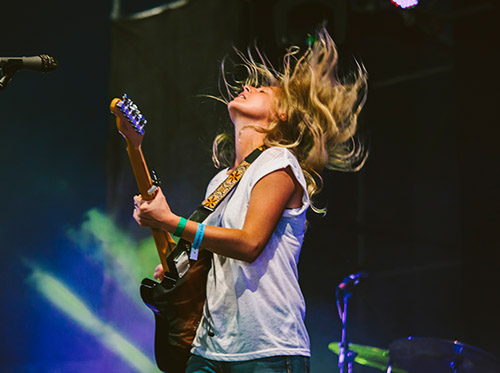 Folk rocker Lissie recently released her gorgeous new covers EP Thank You To The Flowers, a collection of songs by female artists that she admires. Her most recent studio album ‘Castles’ debuted at #11 on the Current Alternative Albums chart in the U.S., with her previous studio albums all making their way into the top 20. Lissie appeared in the most recent season of David Lynch’s Twin Peaks with NME saying of her “intense” performance: “Closing the episode with the Stevie Nicks-esque ‘Wild West,’ Rock Island’s most exciting troubadour more than earned her Lynch-commissioned screen time.