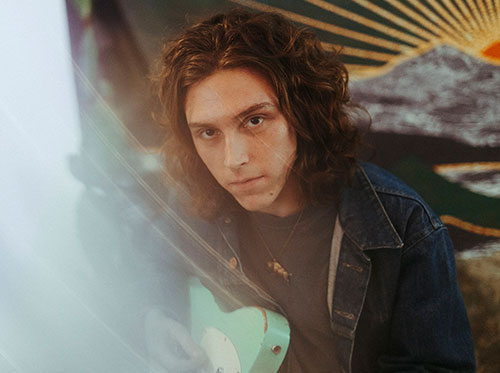 Performing Thursday, June 23 on the Saloon Stage & Late-Night on the Backwoods Stage

At the age of 14, Daniel Donato discovered one of Nashville’s best kept secrets, The Don Kelley Band at Robert’s Western World. This legendary house band played five nights a week, four hours a night, and regularly hosted Music City’s finest guitarists. The band’s approach to their 100+ song setlist of classic country and bluegrass music was unique and packed-out Nashville’s most famous Honky Tonk on a nightly basis. For three years, every Saturday, Daniel Donato gave the band his business card, in hopes that he could join their legendary roster.

He got the gig.

464 shows, 1,856 hours, and 20,880 songs later, the ways of this band live and breathe in every note he played and sang. The COVID-19 pandemic ended this band’s career, and in tribute to the immense inspiration they brought to Nashville, “Cosmic Country & Western Songs,” was born.

The songs and sounds from this album are the sounds of Nashville’s finest country band rocking the house in Music City’s most famous Honky Tonk on a Saturday night, with a twist of #CosmicCountry woven in.